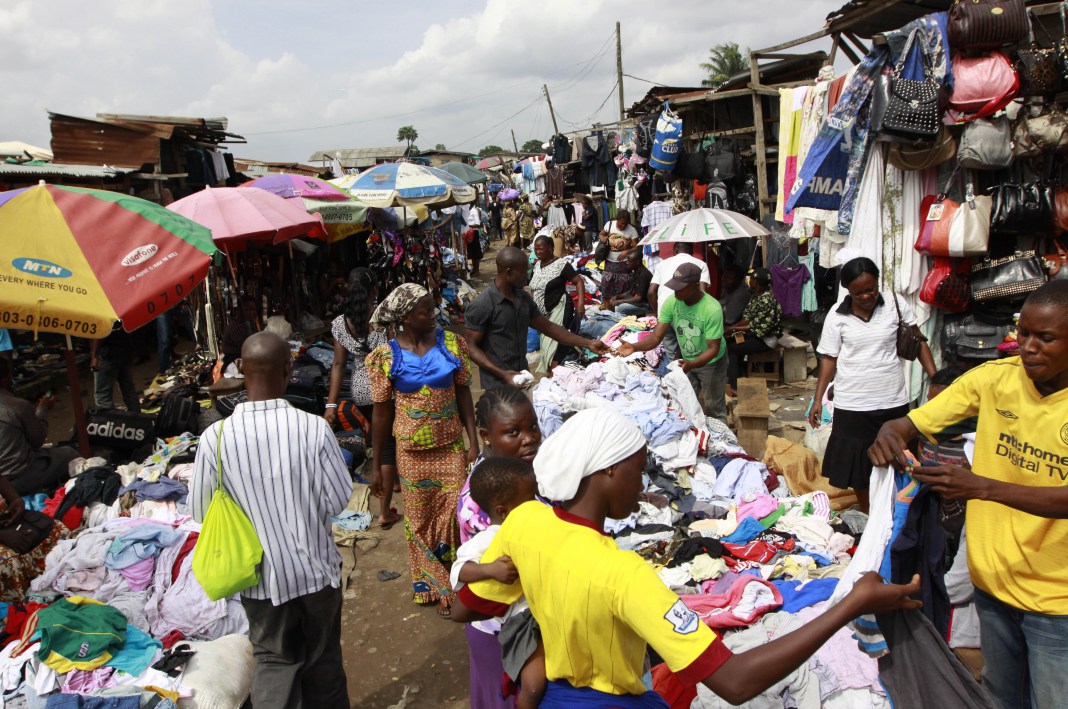 That is the mantra of environmentalists. This should also be our collective mantra as humans.

From the fig leaves and animal hides used as clothing for the early man, the linen of ancient Egypt, the silks developed in the Chinese dynasty and finally to the denims, polyester and a whole lot of other fabrics, man has always been a fashionable creature.

Although “fashionable” here is a broad term, all these lead to one of the three major demands by man; clothing. But for how long shall we continue to ignore the impacts the fashion industry has on the environment?

When we think of the impacts human activities have on the environment, our mind directly zeroes to the agricultural sector, industrial and then the manufacturing sector.

We do not always think of the shoes on our feet and the shirt on our backs. The impact of fashion and the fashion industry is of little or no interest because as far as most people are concerned, there isn’t any. However, ‘fast fashion’ i.e. fashion that is produced quickly to capture that latest trend, cheap and easily disposable, also has a role in issues facing the environment.

There is hardly any data providing information about the emissions generated by the fashion industry worldwide. This might be due to the complicated processes listed above. From the documentary “The True Cost”, a 2015 feature length film by Andrew Morgan discussing the impacts of fashion on man and the environment, fashion is the second world polluter after oil, having after-effects such as river and soil pollution, pesticide contamination and even death.

The film arose after the Savaar building collapse in 2013, when a commercial building called Rana Plaza collapsed, killing over 1000 people. Shocking isn’t it?

Cotton, while being the smartest choice for natural produce, is one of the most water intensive crops requiring about 5000 gallons of water just to produce T-Shirt and a pair of jeans.

Cultivation of cotton requires intense application of fertilizers and pesticides leading to pollution of soil and ground water, and enrichment of nearby water bodies by the process called eutrophication.

Synthetic fabrics, while not as water intensive, often have issues leading to pollution. Dyeing, bleaching and printing are processes that emit toxic chemicals hazardous to human and environmental health.

“An estimated 17 to 20% of industrial water pollution comes from textile dyeing and treatment and an estimated 8,000 synthetic chemicals are used throughout the world to turn raw materials into textiles, many of which will be released into freshwater sources. And it is not only the production of raw material that is water-intensive, the wet processing of clothing, such as washing and dyeing, also consumes huge amounts of water.”
– (Assessing The Environmental Impact of The Fashion World, 2014)

The Nigerian textile industry has become redundant in recent years. With this in mind, there has been a need to import almost everything we wear.

According to the article, Fast Fashion Is the Second Dirtiest Industry in the World, Next to Big Oil by EcoWatch;

“Globalization means that your shirt has likely traveled halfway around the world in a container ship fueled by the dirtiest of fossil fuels. A current trend in fashion retail is creating an extreme demand for quick and cheap clothes and it is a huge problem. Your clothes continue to impact the environment after purchase; washing and final disposal when you’re finished with your shirt may cause more harm to the planet than you realize.”

It is clear we are putting a strain on the environment. But for sustainable development to occur, more effort should be made to mitigate the negative effects of the apparel sector.

Government, private investors, fashion designers and all stake involved should be made aware of the effect their activities have on the environment.

Remember, for a better, more sustainable environment you can go green and still look fabulous.